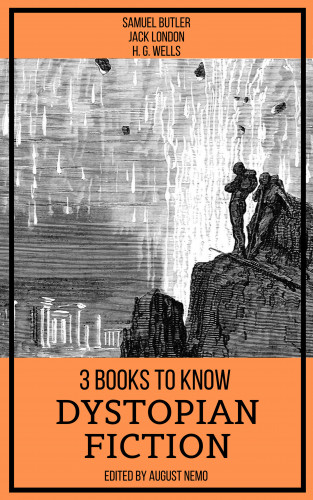 We will always select for you three great works to instigate your mind, this time the topic is:Dystopian Fiction.

Samuel Butler used his tale, Erewhon, to satirize the injustices of Victorian England through a utopian society in which all customs and social laws were the exact opposite of what they were in England. This anti-utopian novel, like many experimental Victorian literary works, resists easy categorization.

The Sleeper Awakes is a novel by H. G. Wells, about a man who sleeps for two hundred and three years, waking up in a completely transformed London where he has become the richest man in the world. The main character awakes to see his dreams realised, and the future revealed to him in all its horrors and malformities. The book has elements explored later both in Nineteen Eighty-Four by George Orwell and Brave New World by Aldous Huxley.

The Iron Heel is a novel by Jack London, first published in 1907. Generally considered to be "the earliest of the modern dystopian" fiction, it chronicles the rise of an oligarchic tyranny in the United States. A forerunner of soft science fiction novels and stories of the 1960s and '70s, the book stresses future changes in society and politics while paying much less attention to technological changes. The book is unusual among the literature of the time in being a first-person narrative of a woman protagonist written by a man.