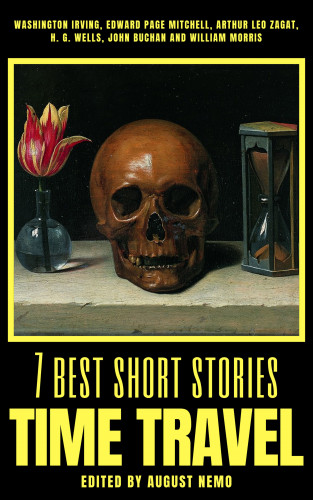 If you had a time machine for when would you go?

To travel through time as if it were a highway is an ancient dream of mankind. The first stories of time travelers go back to the beginning of civilizations, being found in Hindu, Jewish and Japanese mythologies.

But it was with science fiction that the concept became popular and began to inhabit the dreams of all of us. In this book you will find seven classics of time travel specially selected by the critic August Nemo.

For more books with thought-provoking themes, be sure to check out the other volumes of this series!

- The Clock That Went Backward by Edward Page Mitchell.

- The Queer Story of Brownlow's Newspaper by H. G. Wells.

- The Gap in the Curtain by John Buchan.

- A Dream of John Ball by William Morris.