S. Baring-Gould: A Book of the West I 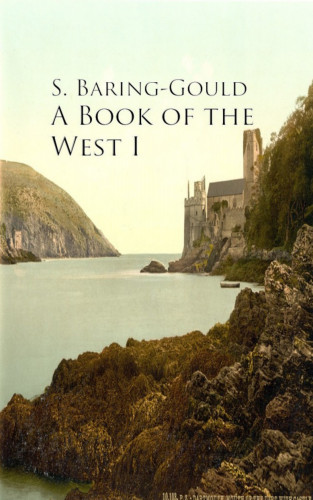 In this "Book of the West" I have not sought to say all that might be said relative to Devon and Cornwall; nor have I attempted to make of it a guide-book. I have rather endeavoured to convey to the visitor to our western peninsula a general idea of what is interesting, and what ought to attract his attention. The book is not intended to supersede guide-books, but to prepare the mind to use these latter with discretion.

In dealing with the history of the counties and of the towns, it would have swelled the volumes unduly to have gone systematically through their story from the beginning to the present; it would, moreover, have made the book heavy reading, as well as heavy to carry. I have chosen, therefore, to pick out some incident, or some biography connected with the several towns described, and have limited myself thereto.

My object then must not be misunderstood, and my book harshly judged accordingly. There are[vi] ten thousand omissions, but I venture to think a good many things have been admitted which will not be found in guide-books, but which it is well for the visitor to know, if he has a quick intelligence and eyes open to observe.

In the Cornish volume I have given rather fully the stories of the saints who have impressed their names indelibly on the land. It has seemed to me absurd to travel in Cornwall and have these names in the mouth, and let them remain nuda nomina.

They have a history, and that is intimately associated with the beginnings of that of Cornwall. But their history has not been studied, and in books concerning Cornwall most of the statements about them are wholly false.

I have not entered into any critical discussion concerning moot points. I have left that for my "Catalogue of the Cornish Saints" that is being issued in the Journal of the Royal Institution of Cornwall.

There are places that might have been described more fully, others that have been passed over without notice.