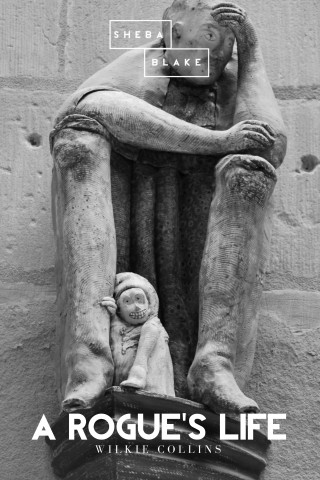 A delightful tale of thwarted ambition and forbidden love, A Rogue's Life follows the fortunes of an endearing young man. Proffering his own take on picaresque storytelling-and with many a grain of truth for twenty-somethings today-this is Wilkie Collins at his entertaining best.

Propelled into society by his ever-hopeful father, Frank Softly is introduced to a variety of professions in order to make his fortune. Not industrious by nature, however, Frank finds working life a challenge, and by his 25th birthday, he has failed medicine, portrait-painting, caricaturing, and even forgery. Disenchanted with life, he despairs of ever finding something to commit to-until he meets Alicia Dulcifer and her inexplicably wealthy father. The author of The Woman in White and The Moonstone, Wilkie Collins is widely regarded as the originator of the detective novel...

Wilkie Collins (8 January 1824 - 23 September 1889) was an English novelist, playwright, and short story writer. His best-known works are The Woman in White (1859), No Name (1862), Armadale (1866) and The Moonstone (1868). The last is considered the first modern English detective novel. Born into the family of painter William Collins in London, he lived with his family in Italy and France as a child and learned French and Italian. He worked as a clerk for a tea merchant.

After his first novel, Antonina, was published in 1850, he met Charles Dickens, who became a close friend, mentor and collaborator. Some of Collins's works were first published in Dickens' journals All the Year Round and Household Words and the two collaborated on drama and fiction. Collins published his best known works in the 1860s, achieved financial stability and an international reputation.