or the most beautiful way to become a man! (English Edition) 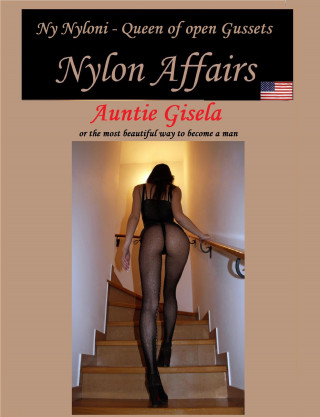 The beautiful Gisela is a twenty-six-year-old neighbor with whom little Jens from the apartment next door spends an exciting time in 1959 Germany. He affectionately calls her Auntie Gisela. For him it is an increasingly exciting relationship, for Gisela a normal babysitting job when his parents are sometimes not at home. One day, while playing with his toy cars, he discovers her beautiful, shimmering legs under the kitchen table and the foundation for his love of fine yarn is laid! In his shy fantasy, she becomes his mistress without suspecting it (or does she?), but it is not until after his eighteenth birthday that his everlasting longing to fulfill all his dreams is fulfilled!

The author describes in her inimitable and romantic way how little Jens becomes a real nylon lover with the now forty-year-old Gisela, whom he still calls Auntie.

Ny Nyloni: If your Stepmom is a Hotwife, make shure to join!
eBook-Download EPUB
3,99 €