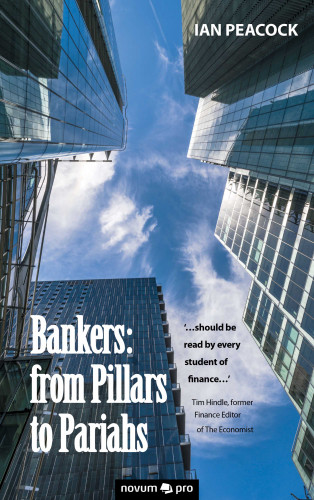 A few decades ago, bankers, those rather staid, eminently respectable professionals, were regarded as pillars of society. Then came the financial crash of 2008. Suddenly UK bankers, who had been at least partly responsible for the disaster, were seen as greedy and incompetent, incapable of judging risk and only out for themselves.

Ian Peacock tells us the fascinating story of how banking has been transformed, taking us from the orderly and uncompetitive world of the 1950s and 1960s via such important events as the recession and the Big Bang to the reasons behind the crash. He analyses the difference between banks and other commercial enterprises, and explores how future crashes might be avoided.

This book sheds new light on an industry which plays a crucial role in all our lives.

Brian Poulton: My Girlfriend Has Many Cars
eBook-Download EPUB
12,99 €

Susan Battersby: Around the World in Fifty Sites!
eBook-Download EPUB
15,99 €