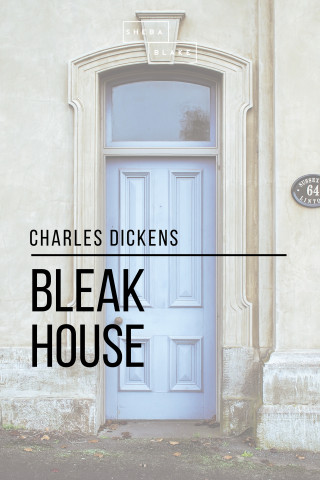 Bleak House is one of Charles Dickens's major novels.

The novel has many characters and several sub-plots, and the story is told partly by the novel's heroine, Esther Summerson, and partly by an omniscient narrator. At the centre of Bleak House is the long-running legal case, Jarndyce and Jarndyce, which came about because someone wrote several conflicting wills. This legal case is used by Dickens to satirise the English judicial system, and he makes use of his earlier experiences as a law clerk, and as a litigant seeking to enforce copyright on his earlier books.

Though the legal profession criticised Dickens's satire as exaggerated, this novel helped support a judicial reform movement, which culminated in the enactment of legal reform in the 1870s.

There is some debate among scholars as to when Bleak House is set. The English legal historian Sir William Holdsworth sets the action in 1827; however, reference to preparation for the building of a railway in Chapter LV suggests the 1830s.

Sir Leicester Dedlock and his wife Lady Honoria live on his estate at Chesney Wold. Unknown to Sir Leicester, Lady Dedlock had a lover, Captain Hawdon, before she married – and had a daughter by him. Lady Dedlock believes her daughter is dead.

The daughter, Esther, is in fact alive, and being raised by Miss Barbary, Lady Dedlock's sister. Esther does not know Miss Barbary is her aunt. After Miss Barbary dies, John Jarndyce becomes Esther's guardian and assigns the Chancery lawyer "Conversation" Kenge to take charge of her future. After attending school for six years, Esther moves in with him at Bleak House.