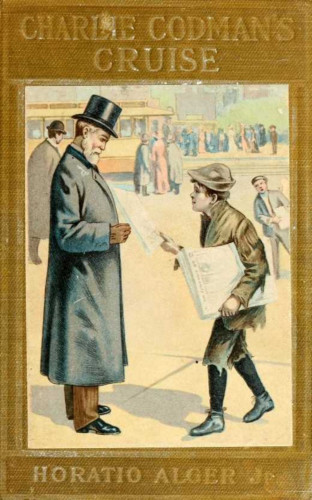 In deference to the expressed wishes of some of his young friends, the author has essayed a story of the sea, and now presents "Charlie Codman's Cruise," as the third volume of the Campaign Series. It will be found more adventurous than its predecessors, and the trials which Charlie is called upon to encounter are of a severer character than befell Frank Frost or Paul Prescott. But it will be found that they were met with the same manly spirit, and a like determination to be faithful to duty at all hazards.

Though not wholly a stranger to the sea, the author is quite aware of the blunders to which a landsman is exposed in treating of matters and a mode of life which, at the best, he must comprehend but imperfectly, and has endeavored to avoid, as far as possible, professional technicalities, as not essential to the interest of the story.

With these few words he submits the present volume to his young readers, hoping for it a welcome even more generous than has been accorded to "Frank's Campaign" and "Paul Prescott's Charge."