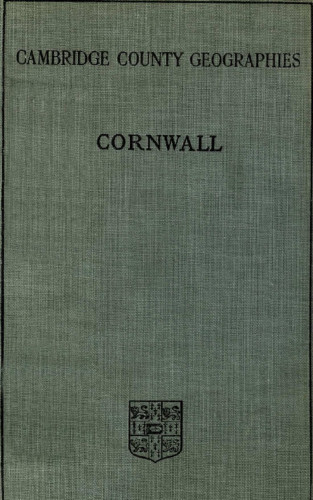 Cornwall, peopled mainly by Celts, but with an infusion of English blood, stands and always has stood apart from the rest of England, much, but in a less degree, as has Wales. That which brought it into more intimate association with English thought, interests, and progress was the loss of the old Cornish tongue.

The isolation in which Cornwall had stood has tended to develop in it much originality of character; and the wildness of the coast has bred a hardy race of seamen and smugglers; the mineral wealth, moreover, drew thousands of men underground, and the underground life of the mines has a peculiar effect on mind and character: it is cramping in many ways, but it tends to develop a good deal of religious enthusiasm, that occasionally breaks forth in wild forms of fanaticism. Cornwall has produced admirable sailors, men who have won deathless renown in warfare at sea, as "Old Dreadnought" Boscawen, Pellew, Lord Exmouth, etc., and daring and adventurous smugglers, like "The King of Prussia," who combined great religious fervour with entire absence of scruple in the matter of defrauding the king's revenue. It has produced men of science who have made for themselves a world-fame, as Adams the astronomer, and Sir[Pg viii] Humphry Davy the chemist; men who have been benefactors to their race, as Henry Trengrouse, Sir Goldsworthy Gurney, and Trevithick.