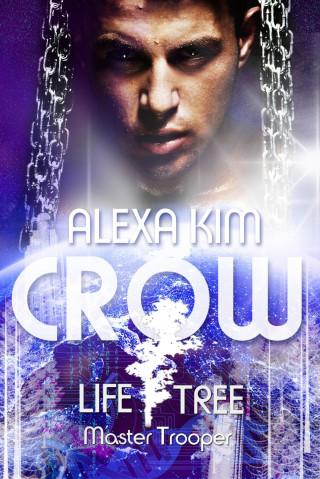 Crow has a lot on his plate as the new head of Sector A. Young and inexperienced as he is in his leading role, he still has to prove himself as a capable Alpha. Especially Strike is challenging him for rank.

Yet Crow is adamant about asserting his position, because only as Alpha can he finally have what has been out of his reach for so long – Leslie, a doctor and former head of Life Tree's INBREED program.

Unfortunately for him, Leslie herself doesn't make it any easier. Three years his senior, she still regards him as the young Trooper who qualified for INBREED. In her book, that's two reasons not to let him into her bed.

When Strike catches on to Crow's weakness and abducts Leslie, both men are out for blood…

Leslie is traumatized. In the blink of an eye, her world was turned upside down. She has gone from being a self-confident woman and head of INBREED to being property of a Trooper.

Although she likes Crow and feels drawn to him already, she simply cannot forgive him for trying to make her submit only so he can strengthen his position as Alpha and leader. Moreover, there is this secret she keeps… the reason she left Earth. If Crow were to find out, he would certainly cast her aside – a bitter experience Leslie has been through before. No, she'd rather ignore her feelings…