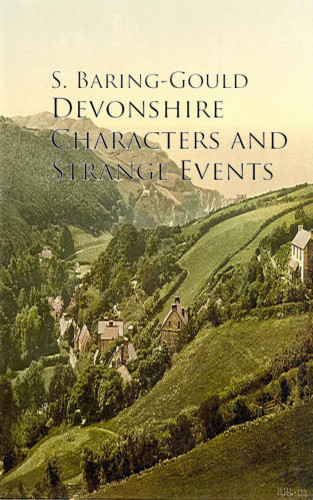 In treating of Devonshire Characters, I have had to put aside the chief Worthies and those Devonians famous in history, as George Duke of Albemarle, Sir Walter Raleigh, Sir Francis Drake, Sir Joshua Reynolds, the Coleridges, Sir Stafford Northcote, first Earl of Iddesleigh, and many another; and to content myself with those who lie on a lower plane. So also I have had to set aside several remarkable characters, whose lives I have given elsewhere, as the Herrings of Langstone (whom I have called Grym or Grymstone) and Madame Drake, George Spurle the Post-boy, etc. Also I have had to pretermit several great rascals, as Thomas Gray and Nicholas Horner. But even so, I find an embarras de richesses, and have had to content myself with such as have had careers of some general interest. Moreover, it has not been possible to say all that might have been said relative to these, so as to economize space, and afford room for others. S. BARING-GOULD