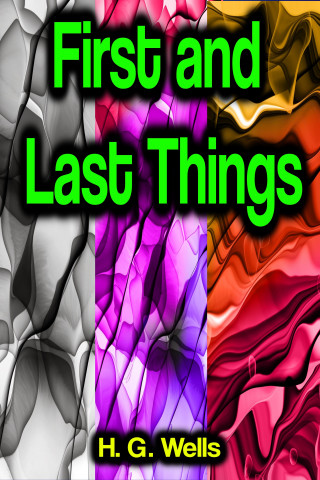 First and Last Things H. G. Wells - First and Last Things is a 1908 work of philosophy by H. G. Wells. Its main intellectual influences are Darwinism and certain German thinkers Wells had read, such as August Weismann. The pragmatism of William James, who had become a friend of Wells, was also an influence.Herbert George Wells (21 September 1866 13 August 1946), usually referred to as H. G. Wells, was an English writer. He was prolific in many genres, writing dozens of novels, short stories, and works of social commentary, satire, biography, and autobiography, including even a book on war games.

H. G. Wells: The Door in the Wall And Other Stories
eBook-Download EPUB
4,49 €