A Romance of Many Dimensions 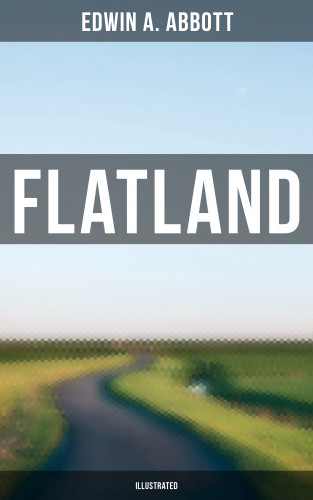 This eBook edition of "Flatland" has been formatted to the highest digital standards and adjusted for readability on all devices.

Flatland: A Romance of Many Dimensions is a satirical novel. Written pseudonymously by "A Square", the book used the fictional two-dimensional world of Flatland to comment on the hierarchy of Victorian culture, but the novella's more enduring contribution is its examination of dimensions. The story describes a two-dimensional world occupied by geometric figures, whereof women are simple line-segments, while men are polygons with various numbers of sides. The narrator is a square named A Square, a member of the caste of gentlemen and professionals, who guides the readers through some of the implications of life in two dimensions. Flatland has often been categorized as science fiction although it could more precisely be called "mathematical fiction". With the advent of modern science fiction from the 1950s to the present day, Flatland has seen a revival in popularity, especially among science fiction and cyberpunk fans. Many works have been inspired by the novella, including novel sequels and short films.