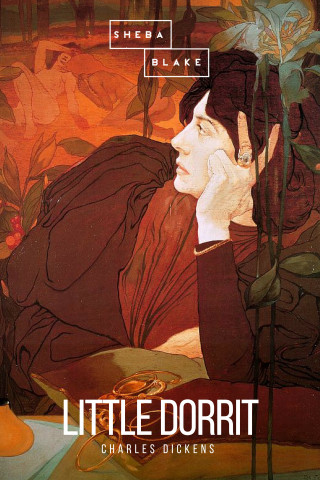 Little Dorrit is a novel by Charles Dickens. It satirises the shortcomings of both government and society, including the institution of debtors' prisons, where debtors were imprisoned, unable to work, until they repaid their debts. The prison in this case is the Marshalsea, where Dickens's own father had been imprisoned. Dickens is also critical of the lack of a social safety net, the treatment and safety of industrial workers, as well the bureaucracy of the British Treasury, in the form of his fictional "Circumlocution Office". In addition he satirises the stratification of society that results from the British class system. The novel begins in Marseilles "thirty years ago" (i.e., c. 1826), with the notorious murderer Rigaud telling his cell mate how he killed his wife. Arthur Clennam is returning to London to see his mother after the death of his father, with whom he had lived for twenty years in China. On his deathbed, his father had given him a mysterious watch murmuring "Your mother," which Arthur naturally assumed was intended for Mrs. Clennam, whom he and everyone else believed to be his mother. Like many of Dickens's novels, Little Dorrit contains numerous subplots. One subplot concerns Arthur Clennam's friends, the kind-hearted Meagles. They are upset when their daughter Pet marries an artist called Gowan, and when their servant and foster daughter Tattycoram is lured away from them to the sinister Miss Wade, an acquaintance of the criminal Rigaud. Miss Wade hates men, and it turns out she is the jilted sweetheart of Gowan. The character Little Dorrit (Amy) was inspired by Mary Ann Cooper (née Mitton), whom Dickens sometimes visited along with her family, and called by that name. They lived in The Cedars, a house on Hatton Road west of London; its site is now under the east end of London Heathrow Airport.