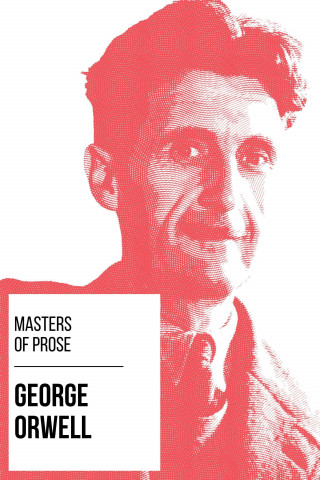 Welcome to the Masters of Prose book series, a selection of the best works by noteworthy authors. Literary critic August Nemo selects the most important writings of each author. A selection based on the author's novels, short stories, letters, essays and biographical texts. Thus providing the reader with an overview of the author's life and work.

This edition is dedicated to the English writer, essayist, journalist and critic George Orwell.

Orwell produced literary criticism and poetry, fiction and polemical journalism; and is best known for the allegorical novella Animal Farm and the dystopian novel Nineteen Eighty-Four.

His non-fiction works, including The Road to Wigan Pier, documenting his experience of working-class life in the north of England, and Homage to Catalonia, an account of his experiences soldiering for the Republican faction of the Spanish Civil War, are as critically respected as his essays on politics and literature, language and culture.

Orwell's work remains influential in popular culture and in political culture, and the adjective "Orwellian"—describing totalitarian and authoritarian social practices—is part of the English language

This book contains the following writings:

- Down and Out in Paris and London;

- Coming Up for Air;

- The Road to Wigan Pier;

- Politics and the English Language;

If you appreciate good literature, be sure to check out the other Tacet Books titles!