A Story of the Salt Marshes 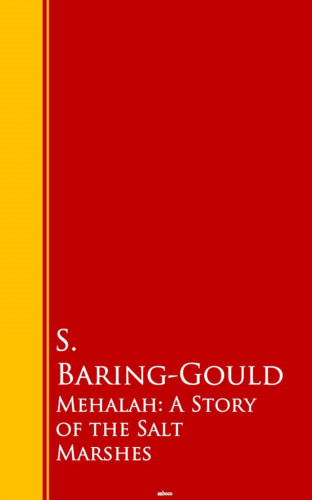 Between the mouths of the Blackwater and the Colne, on the east coast of Essex, lies an extensive marshy tract veined and freckled in every part with water. It is a wide waste of debatable ground contested by sea and land, subject to incessant incursions from the former, but stubbornly maintained by the latter. At high tide the appearance is that of a vast surface of moss or Sargasso weed floating on the sea, with rents and patches of shining water traversing and dappling it in all directions. The creeks, some of considerable length and breadth, extend many miles inland, and are arteries whence branches out a fibrous tissue of smaller channels, flushed with water twice in the twenty-four hours. At noon-tides, and especially at the equinoxes, the sea asserts its royalty over this vast region, and overflows the whole, leaving standing out of the flood only the long island of Mersea, and the lesser islet, called the Ray. This latter is a hill of gravel rising from the heart of the Marshes, crowned with ancient thorntrees, and possessing, what is denied the mainland, an unfailing spring of purest water. At ebb, the Ray can only be reached from the old Roman causeway, called the Strood, over which runs the road from Colchester to Mersea Isle, connecting formerly the city of the Trinobantes with the station of the count of the Saxon shore. But even at ebb, the Ray is not approachable by land unless the sun or east wind has parched the ooze into brick; and then the way is long, tedious and tortuous, among bitter pools and over shining creeks. It was perhaps because this ridge of high ground was so inaccessible, so well protected by nature, that the ancient inhabitants had erected on it a rath, or fortified camp of wooden logs, which left its name to the place long after the timber defences had rotted away.

A more desolate region can scarce be conceived, and yet it is not without beauty.