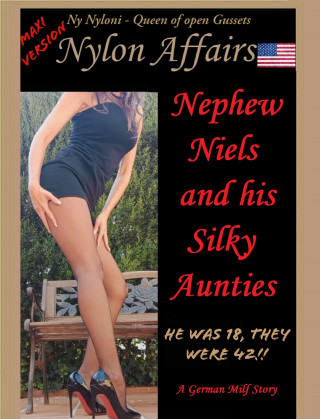 Niels, a young German high school student from Munich, lives with his mother's sister from time to time because his mom travels a lot. Erika is a successful lawyer who dresses, without her knowledge, according to Niels' special preferences. Shortly after his eighteenth birthday, his wet dreams come true.

But Auntie Margret, Niels lovingly call her in this way too, and a good friend of his real Aunt Erika and his mother, also plays a big part in his fantasies and so a lustful round of long legs in seductive tights unfolds! Finally on a road trip to Lake Garda in Italy. Nylon lovers will once again get their money's worth in this early work by the female master of porn-erotic head cinema!

Ny Nyloni: If your Stepmom is a Hotwife, make shure to join!
eBook-Download EPUB
3,99 €