Gluck and the Turkish Subject in Ballet and Dance 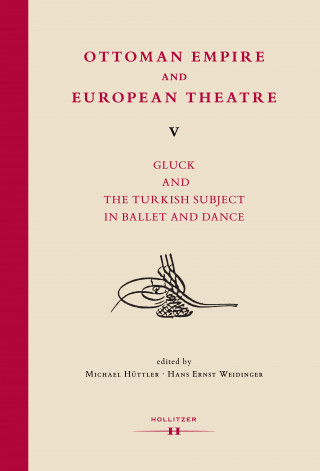 The book series "Ottomania" researches cultural transfers between the Ottoman Empire and Europe, with the performing arts as its focus. The fifth volume of the sub-series Ottoman Empire and European Theatre focuses on The Turkish Subject in Ballet and Dance from the seventeenth century to the time of Christoph W. Gluck (1714-1787). The Turkish theme was a popular topic on European ballet stages throughout the seventeenth and eighteenth centuries, and most influential choreographers had 'Turkish' ballets in their repertoire.

Taking as its departure point Ch. W. Gluck and Gasparo Angiolini (1741-1803), succesful composer and choreographer of ballets at the French theatre in Vienna, this publication discusses the topic from a historical perspective, presents new findings, and introduces the latest scholarly achievements of the research field.

Bent Holm: The Taming of the Turk
eBook-Download EPUB
39,99 €

Diplomacy and the Aristocracy as Patrons of Music and Theatre in the Europe of the Ancien Régime
eBook-Download EPUB
84,99 €