Jr. Horatio Alger: Tattered Tom or The Story of a Street Arab 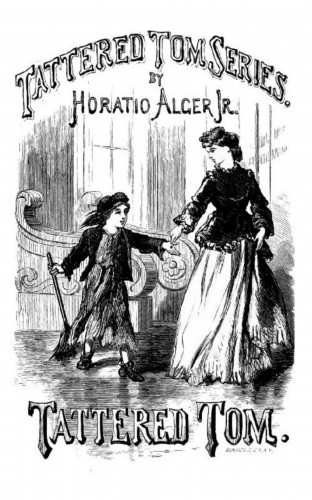 When, three years since, the author published "Ragged Dick," he was far from anticipating the flattering welcome it would receive, or the degree of interest which would be excited by his pictures of street life in New York. The six volumes which comprised his original design are completed, but the subject is not exhausted. There are yet other phases of street life to be described, and other classes of street Arabs, whose fortunes deserve to be chronicled.

"Tattered Tom" is therefore presented to the public as the initial volume of a new series of six stories, which may be regarded as a continuation of the "Ragged Dick Series." Some surprise may be felt at the discovery that Tom is a girl; but I beg to assure my readers that she is not viiione of the conventional kind. Though not without her good points, she will be found to differ very widely in tastes and manners from the young ladies of twelve usually to be met in society. I venture to hope that she will become a favorite in spite of her numerous faults, and that no less interest will be felt in her fortunes than in those of the heroes of earlier volumes.