Martin Luther: THE BONDAGE OF THE WILL

Luther's Reply to Erasmus' On Free Will 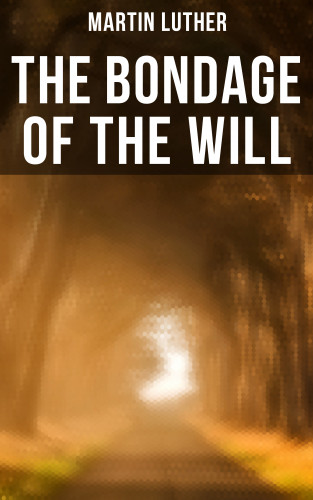 This eBook edition of "The Bondage of the Will" has been formatted to the highest digital standards and adjusted for readability on all devices.

On the Bondage of the Will was Martin Luther's reply to Desiderius Erasmus' work "On Free Will," which had appeared in 1524 as Erasmus' first public attack on Luther after Erasmus had been wary about the methods of Luther for many years. At issue was whether human beings, after the Fall of Man, are free to choose good or evil. Erasmus had asserted that all humans possessed free will and that the doctrine of predestination was not in accord with the teachings contained in the Bible. Luther's response was to reason that sin incapacitates human beings from working out their own salvation, and that they are completely incapable of bringing themselves to God. The debate between Luther and Erasmus is one of the earliest of the Reformation over the issue of free will and predestination.

Martin Luther: The Babylonian Captivity of the Church
eBook-Download EPUB
0,49 €

Louisa May Alcott, O. Henry u. a.: The Collection of Santa Claus (Illustrated Edition)
eBook-Download EPUB
0,99 €

Louisa May Alcott, O. Henry u. a.: The Collection of Santa Claus (Illustrated Edition)
eBook-Download EPUB
0,99 €