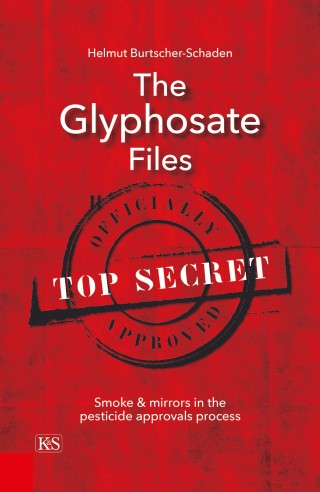 Glyphosate is everywhere. The world's most widely sold pesticide is present in farmland, fields and rivers. We eat it in bread, drink it in beer and carry it in our bodies. No problem, say the authorities responsible for its approval and the manufacturers, the weed killer has been thoroughly examined and is safe. Not true, says the WHO's own cancer research agency which classified the pesticide as a "probable human carcinogen" in 2015. But if the WHO cancer researchers found "sufficient evidence" of a carcinogenic effect, how could the licensing authorities fail for decades to find "any signs" in the same animal studies?

The search for answers leads the author of this investigative and enthralling book into official U.S. archives from the 1970s and 80s, and on to the documents being used in the current European approvals process. The details of the secret studies by Monsanto & Co. which this research brings to light provide unsettling insights into the entanglements between industry, private testing institutions and the regulatory authorities. They expose a system which allows the chemical manufacturers to downplay the risks of their products. In the end the question remains: do our governments offer greater protection to commercial interests, or to our health?

From Cooperation to Partnership: Moving Beyond the Russia-EU Deadlock
eBook-Download EPUB
3,99 €

A Fundamental Law of the European Union
eBook-Download EPUB
3,99 €

Nishant Baxi: Traveling to Europe: What Every American Should Know
eBook-Download EPUB
4,99 €

Matteo Scotto, Thomas Mayer u. a.: The Value of Money
eBook-Download EPUB
9,99 €

Beyond the Panama Papers. The Performance of EU Good Governance Promotion
eBook-Download PDF
15,99 €