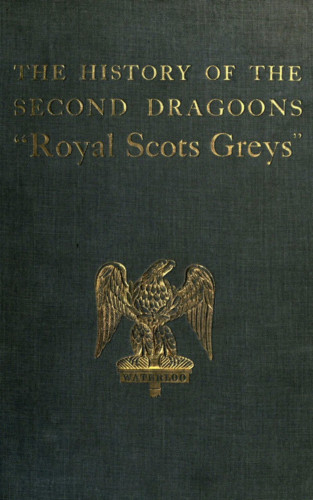 In bidding farewell to this book before publication, I am most anxious to thank with hearty sincerity all those who, as past or present officers and friends of this historic regiment, have helped my efforts. There are two names above all that I must most particularly record— that of Colonel Coventry Williams, lately commanding the Greys, who has helped in so many details, though I can only particularly refer readers to pages 291, 292 and 293. Colonel Williams is the half-brother of Captain Williams, a portrait of whom, as he stands by his charger, I have been able to include in this volume, and who, as named by Kinglake (quoted on page 78), brought the Greys out of action at Balaclava. There, too, Kinglake refers to the anonymous officer whose Crimean recollections are given on pages 80 to 84. That officer has since died, and so, too, has Russell, the famous Times correspondent, with whom he was exchanging affectionate greetings. In the next place I must record my gratitude to Major Lindsay, who has shown the keen instinct native to the noble house of Crawford. His grandfather opened his famous record with this quotation from "Schir David Lyndesay of the Mont allias lyoun herauld king of Armes":—