S. Baring-Gould: The Lives of the Saints I 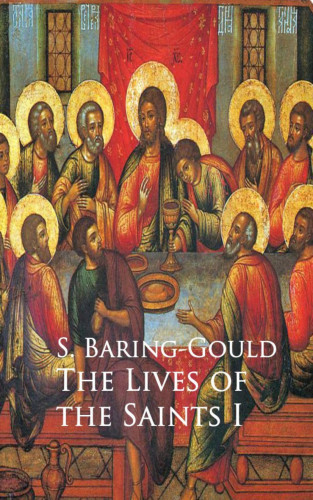 Revised with Introduction and Additional Lives of

and a full Index to the Entire Work

The Lives of the Saints is a sixteen-volume collection of lives of the saints by Sabine Baring-Gould, first published between 1872 and 1877 by John Hodges, of London, and later republished in Edinburgh in 1914. The volumes are arranged according to the month of each saint's principal feast day.

The Reverend Sabine Baring-Gould of Lew Trenchard in Devon, England, was an Anglican priest, hagiographer, antiquarian, novelist, folk song collector and eclectic scholar. His bibliography consists of more than 1240 publications, though this list continues to grow. His family home, the manor house of Lew Trenchard, near Okehampton, Devon, has been preserved as he had it rebuilt and is now a hotel. He is remembered particularly as a writer of hymns, the best-known being "Onward, Christian Soldiers"