Richard Connell: The Most Dangerous Game 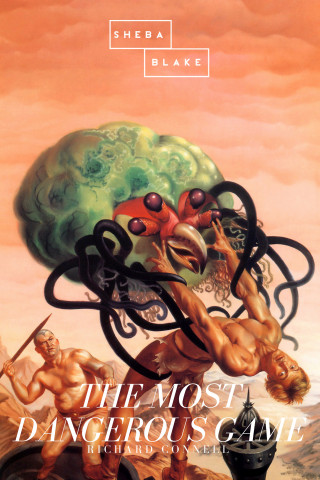 The Most Dangerous Game is a short story by Richard Connell, first published in Collier's on January 19, 1924. The story features a big-game hunter from New York City who falls off a yacht and swims to an isolated island in the Caribbean, where he is hunted by a Russian aristocrat. The story is inspired by the big-game hunting safaris in Africa and South America that were particularly fashionable among wealthy Americans in the 1920s. The story has been adapted numerous times, but most notably for the 1932 RKO Pictures film The Most Dangerous Game, starring Joel McCrea and Leslie Banks, and for a 1943 episode of the CBS Radio series Suspense, starring Orson Welles. Sanger Rainsford and his friend, Whitney, are traveling to Rio de Janeiro to hunt the region's big cat: the jaguar. After a discussion about how they are "the hunters" instead of "the hunted", Whitney goes to bed and Rainsford remains on deck. While Whitney returns to his quarters Rainsford hears gunshots and climbs onto the yacht's rail to get a better view of the nearby Ship-Trap Island, and falls overboard. After he realizes he cannot swim back to the boat, he swims to Ship-Trap, which is notorious for shipwrecks. He finds a palatial chateau inhabited by two Cossacks: the owner, General Zaroff, and his gigantic deaf-mute servant, Ivan. Zaroff, another big-game hunter, knows of Rainsford from his published account of hunting snow leopards in Tibet. After inviting him to dinner, General Zaroff tells Rainsford he is bored of hunting because it no longer challenges him; he has moved to Ship-Trap in order to capture shipwrecked sailors, whether due to storms or by luring vessels onto the rocks. He sends the sailors into the jungle supplied with food, a knife, and hunting clothes to be his quarry, although he also runs a "school" of sorts to prepare sailors for this hunt should they be out of shape or disoriented from being washed ashore. After a three-hour head start, he sets out to hunt and kill them.