Sixteen Stories Use Them 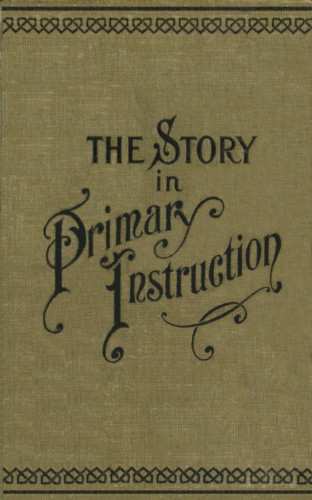 The greatest need of the primary school to-day is some positive content or subject matter of instruction. The popular conception of such a school is that its main function is to teach the young child to read, write, and cipher. That is, that it has to do mainly with the formal aspects of language and numbers. So long as a certain amount of facility is gained in these formal arts, there is little disposition to demand anything more.

Even so great an authority as the Committee of Fifteen has championed this view, and has given as its deliberate judgment that the first four years of school life should be devoted to the mastery of the formal phases of instruction. While it may be contended that it is not meant to exclude the giving of a positive subject matter, still it is interpreted as sanctioning the present obvious over-emphasis of the formal side of language in our primary schools.

A strict conformity to this formal program would mean that the first four years of school life, the most impressionable[6] period in the pupil's school career, are to be empty of any real subject matter. The mastery of written and printed forms is to be set up as an end in itself, losing sight of the fact that they are but means for conveying the thought, feelings, experiences, and aspirations of the race from one generation to another.

When we consider what the child at the age of six or seven really is; when we consider his love of story, his hunger for the concrete material of knowledge, his deep interest in the widening of his experience,—it is evident that such a course is out of all harmony with his real nature. It is the giving of stones when the cry is for bread. It is even worse than the proverbial making of bricks without straw. It is attempting to make bricks with straw alone.