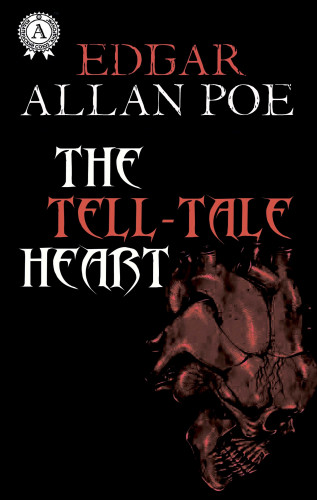 This engaging summary presents an analysis of The Tell-Tale Heart by Edgar Allan Poe, one of the author's best-known short stories. It is told from the point of view of an unnamed narrator who is at great pains to convince the reader of their lucidity; however, this only serves to accentuate their frightening descent into madness. The narrator lives with an elderly man whose "vulture eye" becomes an obsession for him, with terrible consequences. Edgar Allan Poe was an American short story writer, poet, critic, novelist and editor. He is best known for his stories of mystery and horror, which stand out for their chilling atmosphere and vivid, memorable characters.Find out everything you need to know about The Tell-Tale Heart in a fraction of the time!Edgar Allan Poe is also famous for such works as ''The Raven'', "The Cask of Amontillado", "The Fall of the House of Usher", "The Masque of the Red Death", "The Pit and the Pendulum", "The Murders in the Rue Morgue", "The Tell-Tale Heart", "The Gold-Bug", "The Black Cat", "The Facts in the Case of M. Valdemar", "Hop-Frog" and many more.

Edgar Allan Poe: The Pit and the Pendulum
eBook-Download EPUB
0,99 €