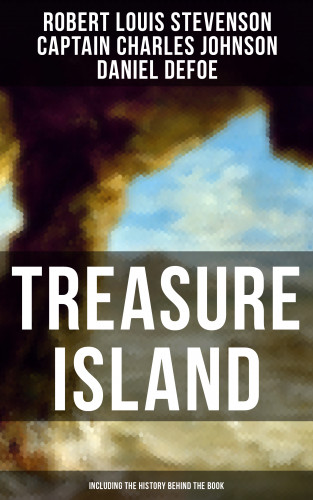 Treasure Island is an adventure classic written by Robert Louis Stevenson, narrating a tale of "buccaneers and buried gold". Its influence is enormous on our own perception of pirates, including treasure maps marked with an "X", schooners, the Black Spot, tropical islands, and one-legged seamen bearing parrots on their shoulders. Stevenson stated "Treasure Island came out of the great Captain Johnson's History of the Notorious Pirates.", which is included in this edition in its entirety with all the incredible life stories of the notorious world famous pirates that inspired Stevenson and are also mentioned in the novel.

Daniel Defoe, Captain Charles Johnson u. a.: THE PIRATES OF THE HIGH SEAS – Know Your Infamous Buccaneers, Their Exploits & Their Real Histories
eBook-Download EPUB
0,49 €