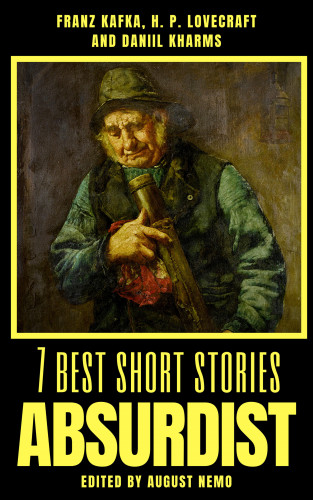 Absurdist fiction is a genre of fictional narrative (traditionally, literary fiction), most often in the form of a novel, play, poem, or film, that focuses on the experiences of characters in situations where they cannot find any inherent purpose in life, most often represented by ultimately meaningless actions and events that call into question the certainty of existential concepts such as truth or value.

The critic Augst Nemo selected seven short stories of the absurd for his appreciation:

- A Country Doctor by Franz Kafka

- In the Penal Colony by Franz Kafka

- Before the Law by Franz Kafka

- A sonnet by Daniil Kharms

- Symphony no. 2 by Daniil Kharms