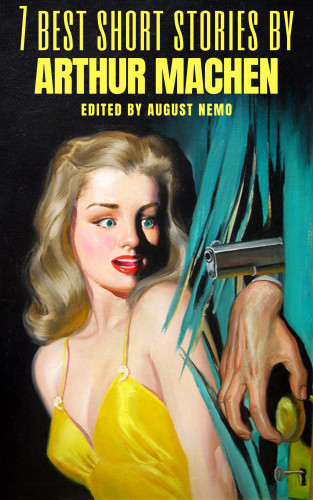 He was born in 1863 in Wales, in Caerlson-Usk. He settled in London, still young, where he was a bookstore clerk for a few months, becoming a preceptor. Subsequently, he began to write in total material shortage and fatigue. For a long time he lived on translations. Still unrecognized, he continued his work with a growing feeling that "an immense spiritual gulf separated him from other men" and that he lived as a "Robinson Crusoe of the soul."A curious fact was that he, along with W. B. Yeats and Aleister Crowley, was a member of the "Hermetic Order of the Golden Dawn," the ill-fated 20th century magic society.His work is acclaimed worldwide and has already been recognized by such big names as H. P. Locecraf, Stephen King and Jorge Luis Borges. This selection specially chosen by the literary critic August Nemo, contains the following stories:The Great God PanThe White PeopleThe Black SealThe Novel of the White PowderThe Red HandThe Inmost LightThe Bowmen