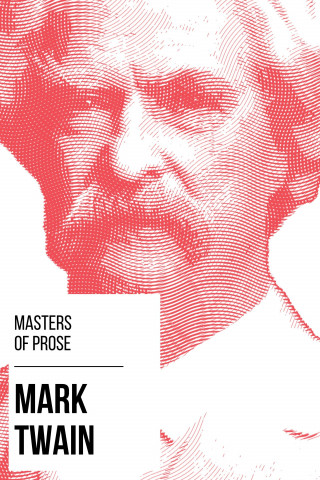 Welcome to the Masters of Prose book series, a selection of the best works by noteworthy authors.Literary critic August Nemo selects the most important writings of each author. A selection based on the author's novels, short stories, letters, essays and biographical texts. Thus providing the reader with an overview of the author's life and work.This edition is dedicated to the American writer Mark Twain. He was lauded by the NY Times as the "greatest humorist the United States has produced", and William Faulkner called him "the father of American literature". His novels include The Adventures of Tom Sawyer and the Adventures of Huckleberry Finn, the latter often called "The Great American Novel". Twain was born shortly after an appearance of Halley's Comet, and he predicted that he would "go out with it" as well; he died the day after the comet made its closest approach to the Earth.This book contains the following writings:Novels: The Adventures of Tom Sawyer; Adventures of Huckleberry Finn; A Connecticut Yakee In King Arthurs Court; The Prince and the Pauper.Short Stories: About Barbers; A Dog's Tale; A Ghost Story; A Monument to Adam; Eve's Diary; Extracts from Adam's Diary; The Stolen White Elephant; Advice for Little Girls; The Californian's Tale; The Private History of a Campaign that Failed; A Telephonic Conversation.Biographical: Mark Twains Obituary.If you appreciate good literature, be sure to check out the other Tacet Books titles!